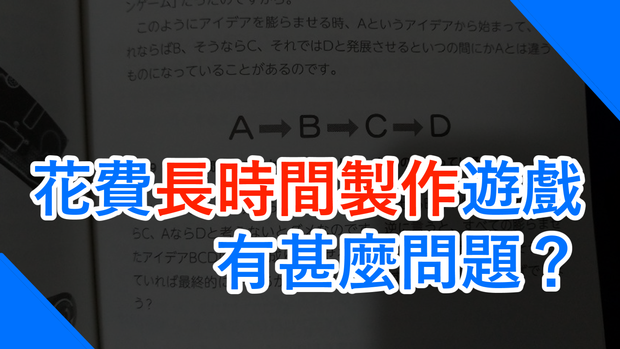 I have discussed the topic of “Game Development Cycle” with many developers, more specifically, how do you split your time between development and optimization, as well as how long do you want the development to actually take.

As my title might indicate to you, I’m someone who believes that a shorter development period is better. I have seen many games which takes the approach of spending a long time to perfect everything, the game Cuphead, which took 5 years to develop, is one of them. I have to admit that the duration of development is very much based upon the developers’ style, so I’m not saying a long game development period is bad. However, in my opinion, there are just too many people who are unfit for them.

So, let’s get right into it. If you plan for a very long development cycle, you may run into:

1. Coming up with many seemingly good ideas that you want to add in the game

While adding good ideas to the game sounds right, the emphasis here is on “seemingly”, what you perceive as good ideas may just be a façade. After working on your game for a few months or so, you might start to lose interest in it. That’s because what “interests” you is just a stimulus, and it is something that you will slowly habituate to.

This is why a game that seems boring for its developers after a while is actually very interesting for the players.

Those “seemingly good ideas” often end up providing a stimulus that is different from what the game originally provides, that is why developers would feel like those are ideas that must be added in. But after adding them in, the game might very much change. When the two styles of stimulus mix together, you might end up with a game that focuses on neither of them.

That’s why sticking to your original plan is often better than spending extra time to come up with new elements.

2. Too much content can make the game lose its focus

Hideo Yoshizawa (Bandai Namco Studio’s former lead producer ) said in ゲームプランナー集中講座: When you have a core concept A, it is easy for you to come up with idea B, then incorporate idea B to come up with notion C. (It’s something you will come across a lot. For example, if you tell a lie, and that lie isn’t perfect, then you have to come up with more lies to cover uup your previous ones).

Yoshizawa’s opinion was that no matter how many ideas you come up with, they must revolve around the initial concept A. Only then will you be able to come up with a game that has a focus.

If you simplify that, it means that the less content you have, the easier it is for you to have a game that maintains its focus. What’s more, when you limit yourself to only brainstorm around an initial concept and its offshoots, there aren’t that many “good ideas”. Instead of trying to put all of your ideas into the game, you should just choose the two or three ideas you are most confident in.<figure>

Passion for a game will slowly fade when you are working at it all the time, sooner or later, you might reach a stage where you’ll want to give up, or slow down your development.

I’m sure the developers who felt this before will understand this: You started off with a great idea and developed very efficiently, but a the middle of the development cycle, your interest starts to wane, and it’s as if you lost your initial goal.

That is why I suggest developers to predict how long their passion for a game lasts based on their own experience, then try and finish their game before it fades.

So, how do you achieve a short development period?

After what I told you above, you might be itching to try to do things this way now.

But there are actually a lot of times where the developer does want to have a short development period, but the reality of progress just doesn’t allow them to do so. They end up dragging the development cycle a lot longer. Here are two ways that can help you prevent some of the problems from arising.

1. Plan for an optimization period that is at least three times your development period

Many people tend to think that the time it takes for optimization is shorter than development, but the truth it completely different. You can’t actually predict what you will need to do during the optimization period before your finish development, so you won’t have any ideas as to how you’ll handle the problems that arises.

So, as the subheading says, please leave yourself triple the amount of time you planned for development to optimize.

In other words, if you plan to complete a game within a year, plan for content that can be completed within three months, not one year.

2. Insist on it being short!

Surprises are always going to pop up, whether a colleague has a family problems, or a colleague need to take an exam etc. All of these “surprises” will cause your development to come to a halt. If you continue to develop according to your original plan, then it means that you’ll have to delay your planned release date.

But, there’s actually something else you can do. Insist on a short development cycle, try to change your development plans so that you can still finish in your planned period of time.

Of course, you definitely have to have a very well managed timetable to do this. Please don’t do all the simple stuff first, and the difficult stuff last like all procrastinators would do. Handle the core tasks as soon as possible. Only then would it allow you to selectively delete planned content as needed.

Take part in the Global Game Jam, and train yourself to complete a game before the hard deadline

Hopefully my words can act as food for thought for you guys to consider whether you are suitable for spending long periods of time to develop a single game.

Oh, what I believe to be “short” is fully developing a game within 6 months, but this can vary depending on the person, so just use it as a reference.

This is already the 13th game I’m taking part in developing. If we are to include text-based games and mini-games, then I’ve helped with the development of over thirty games. I was overjoyed when I received twenty something applications when I started the latest round of recruitment. But our team is truly unable to support so many, so that forced me to refuse quite a few of them.

Now, I want to state that publishing articles is a really simple thing.

Game development isn’t math, there isn’t a 100% correct answer. What’s more, even authors of mathematics-related articles might end up making enemies of someone just because of their choice of subjects. It is very normal for some readers to dislike you.

If 10% of my readers end up disliking me every time I make a post, then they might stop following my posts, and won’t change their mind about me. After 10 articles, that means 65% of the total number of readers dislike me. That’s over half! That’s why I feel like writing articles, regardless of the industry, is something that will draw people to dislike you.

Choosing not to write anything is a way to stay out of it.

But it is very obvious that every industry needs a people’s voices to be heard. Choosing whether or not to write an article is just a question of whether you love the industry more than you love yourself.